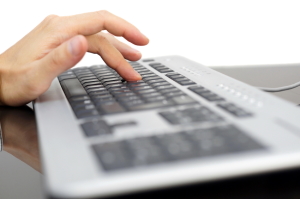 Today’s guest article is from James Goodricke. James is a recent journalism graduate and is our Research Assistant. As a Generation Y himself, we asked him to contribute a 2 part article on Gen Y in the workplace.

With the Baby Boomers starting to retire, there are huge gaps forming in the workplace that Generation Y will struggle to fill. This is a problem for managers, but it’s great news for Generation Y, who are already challenging traditional workplace ideas they don’t agree with. Generation Ys are striving to create a new kind of workplace, one that better suits their unique skill set and outlook.

This has led many industry leaders to dismiss Generation Y as narcissistic, childish and lazy, but in reality Generation Y aren’t that dysfunctional, rather they’ve grown up under very different circumstances from previous generations, which means they are bringing a different set of ideas and values into the workplace.

Education expert Marc Prensky says this means Generation Y thinking and process information in a fundamentally different way from previous generations, and suggests that Generation Y’s brains may develop differently because of it.

This has had a major impact on Generation Y’s behavior in the workplace. They are used to instant gratification and being judged on the merit of their ideas, rather than their social status. This doesn’t fit well into the traditional workplace and its top-down hierarchical system. While previous generations toiled obediently to climb the corporate ladder, Generation Y will just go and look for an easier and more interesting ladder to climb.

This lack of commitment towards their employers was also formed through seeing the overzealous work ethic of their parent’s generation. “They saw their parents worship at the corporate altar, only to be sacrificed on it.” saysDr Barbra Moses, president of BBM Human Resource, “They have heard their parents endlessly complain about what a jerk their boss or client is… It’s not surprising they are ambivalent about work.”

All this has created a generation that but also has very little patience for traditional workplace ideas, but is otherwise very motivated and progressive. The Global Financial Crisis has limited Generation Ys options when looking for new employers, but once the economy recovers it’s unlikely they’ll stick around if their employers don’t adapt.

When it comes to careers, Generation Y is looking for something very different from previous generations. “Generation Y views a job not just as a means to pay the rent, rather a route to exploring their passions, hobbies and ideas” says Generation Y entrepreneur Arthur Kay.  Rather than trying to shape Generation Y to fit the corporate structure, Organizations will need to adapt to their values and expectations, or risk losing talent to more progressive rivals.

Look out for Part 2 – How to attract and keep your Gen Y.

14 replies on “Generation Y: what makes them tick?”

I recently blogged about the multi-gen matrix… seems there are four stand out lessons to learn about Gen Y: 1) Time is not linear 2) Job titles don’t have inherent authority 3) Personal brand is crucial 4) Cross generational mentoring should be a part of your office culture! http://commspro.me/2013/10/08/when-old-school-mentalities-meet-new-world-realities/

Thanks for sharing your blog Aaron.

I completely agree with the views above. In Fact, Generation Y is most excited when they have flexibility, freedom to act and projects aligned with their interests and hobbies. They are not working alone for money but what tickles them the most is their passion for work.

I guess PASSION is what differentiates them and makes them successful.

Hence, their needs at the workplace are also different. Organizations cant have one approach that suits all generations. Generation Needs are different so it calls for different treatment.

Thanks for your insightful comments, Pooja.

Thanks very much indeed.

Thanks for the feedback!

I am inspired by this quote: “Generation Y views a job not just as a means to pay the rent, rather a route to exploring their passions, hobbies and ideas” I think it’s so true. I am interest in the words you used for the title i.e. ‘dealing with Gen Y’ do you think that Gen Y needs to be dealt with?

Great comment Mark, I hadn’t considered the implications of using “dealt with” in the title!

I see exciting changes ahead and think we have a lot to learn from Gen Y and their influence on and in our businesses.

This is absolutely brilliant (coming from a Millennial)! FINALLY now I understand why even after 8 years working in the mining and construction industry, I could never truly “fit in”. I hated the corporate ladder, I tried several different ladders during my time and was rejected constantly because of my outlandish (efficient) ideas, impatience and my apparent lack of respect of “authority”.

Thanks for this amazing insight.

Thanks Peter! I am glad you found it so insightful. I remember that you got some gems from the MBTI as well.

Great artical Ros , this provides me with a better understanding of how to get the best out of my team.

Thanks Rob, I’m pleased it helps you!

We are based in Hobart, Tasmania and provide services nationally and internationally.
Any questions? Please get in touch – we’d love to talk to you about how we can help you get from where you are now to where you want to be.
Facebook-f Twitter Linkedin-in
Menu
© 2022 Rosalind Cardinal & Associates
21 shares