As Daniel H. Pink says in his book Drive, “Management isn’t about walking around and seeing if people are in their offices. It’s about creating conditions for people to do their best work.” Using 50 years of research, he presents a trifecta of elements that must be in place to effectively motivate employees: autonomy, mastery, and purpose. Today, we discuss mastery.

What is mastery? Simply put, it is the urge to get better and better at something that matters to a team member. It is also a major driver of accomplishment and satisfaction. Imagine if your company’s employees were all driven by an appetite for mastery—not only would your company consist of self-starters who regularly take the initiative in their work, but there would also be a greater sense of overall happiness in the workplace because each employee wants to learn and grow as a result of their tasks.

According to Pink, mastery pairs itself with three laws.

Law 1: Mastery is a Pain

Mastery begins with “flow”, a term first coined by positive psychologist Mihaly Csikszentmihalyi, who is most noted for his work in the study of happiness and creativity. He posited that “flow” was a mental state of operation in which a person performing an activity was essentially “lost in the moment” or “in the zone” thanks to feelings of energized focus, full involvement, and enjoyment. Essentially, our abilities adequately match our challenges and a worker can often lose track of time performing the task at hand.

Pink touches on “flow” but also cautions that Mastery does not happen overnight. While “flow” can give us the occasional rush of adrenaline to make it through more challenging tasks, mastery ultimately is a destination that can take many years to reach—and even then, it may never be fully attainable. We’re always learning. So it takes hard work, effort, grit, passion, and perseverance to stay the course; as well as lots of repetition and ‘practice until it’s perfect’.

Some say mastery is not realized until 10 years’ worth of work has been put in. This can seem like an eternity to an employee—especially one who may feel as if certain tasks are too challenging…or worst, far too easy.

In a survey by Lee Hecht Harrison, 62% of workers said they often feel underutilized in their jobs, while 24% said that they sometimes feel underutilized. That’s 86% of people who aren’t fully engaged and whose skills aren’t being fully harnessed.

For that reason, Pink discusses the idea of “Goldilocks Tasks”, a nod to the popular children’s fairytale. This means finding the sweet spot for each employee. If tasks are too difficult, an employee will become worried and feel out of their league. If tasks are too easy, they will get bored. Tasks need to be ‘just right’. The trick is not to give tasks fitting a person’s exact capabilities, but to give them space and support to reach a little higher to foster improvement, continual mastery, and growth.

It’s also important to provide the resources, responsibility, and decision-making power to meet these challenges—while additionally validating employees’ challenges, maintaining an overall sense of positivity, and keeping the team’s morale up.

Law 2: Mastery is a Mindset

Here, Pink draws from the work of Carol Dweck, one of the world’s leading researchers in the field of motivation and the Lewis and Virginia Eaton Professor of Psychology at Stanford University.

In a growth mindset, people believe that their most basic abilities can be developed through dedication and hard work—brains and talent are just the starting point. This view creates a love of learning and a resilience that is essential for great accomplishment. Virtually all great people have had these qualities.

If we can learn to have a growth mindset, then mastery is possible. For this reason, mangers and leaders must regularly empower their team members with the encouragement to continue striving for more and reaching new levels. Regular check-in’s are a great way to understand where each employee is at in their development and to learn about their goals and desires for growth. Again, positive thinking goes a long way and employees can benefit from a leader who helps them keep their morale high.

Law 3: Mastery is an Asymptote

An asymptote, depicted below, is a straight line that a curve approaches but never quite reaches. The point that Pink drives home with this law is that mastery is something we will always pursue but is not necessarily an arriving point or final destination. 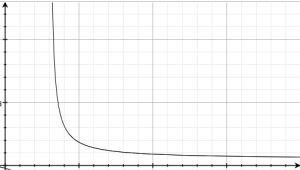 As Pink says, “The mastery asymptote is a source of frustration.  Why reach for something you can never fully attain?  But it’s also a source of allure.  Why not reach for it?  The joy is in the pursuit more than the realization.  In the end, mastery attracts precisely because mastery eludes.”

However, if an employee feels like they’re not getting anywhere, their interest dwindles and they may even give up. A sense of progress, not just in our work, but our capabilities, contributes to our inner drive.

Employers should therefore do their part to enable progress in the workplace. In fact, over 75% of employees would rather have a leader who helps them get things done than have a leader who is “inspiring.” According to the “progress principle” discovered by Teresa Amabile and Steven Kramer, the most powerful motivator at work is making meaningful progress. The manager’s actual job isn’t to dictate but to lead by facilitating team progress, helping get actual work done by providing support, tools, and resources.

So look for ways to collaborate with your team members, to give them the occasional hand-up that they need, and to provide them with any materials that may facilitate their growth.

In the long run, you will assist them in their pursuit of mastery, which will heighten their drive to perform better quality work.

We are based in Hobart, Tasmania and provide services nationally and internationally.
Any questions? Please get in touch – we’d love to talk to you about how we can help you get from where you are now to where you want to be.
Facebook-f Twitter Linkedin-in
Menu
© 2022 Rosalind Cardinal & Associates
8 shares